I’m definitely an avid NBA fan and a lot of the accounts I follow on Twitter are geared toward providing me with information about the league and the teams I like to keep track of. One Twitter account that I found just a few weeks ago, NBA Math, tries to provide an objective assessment of the league by crunching numbers, specifically through their TPA model that takes into account a per possession conversion of the events that occur throughout the course of games.

Their TPA model often provides a two-number evaluation of players and teams that can be broken down into an offensive and defensive score. Viewing these computations in a table ordered by greatest difference can be a great way to visualize most of the information one would want, but makes comparing quite difficult and tedious.

Many of the tweets they send overcome this by displaying the teams on a simple x-y coordinate graph where the axes represent the offensive and defensive scores. 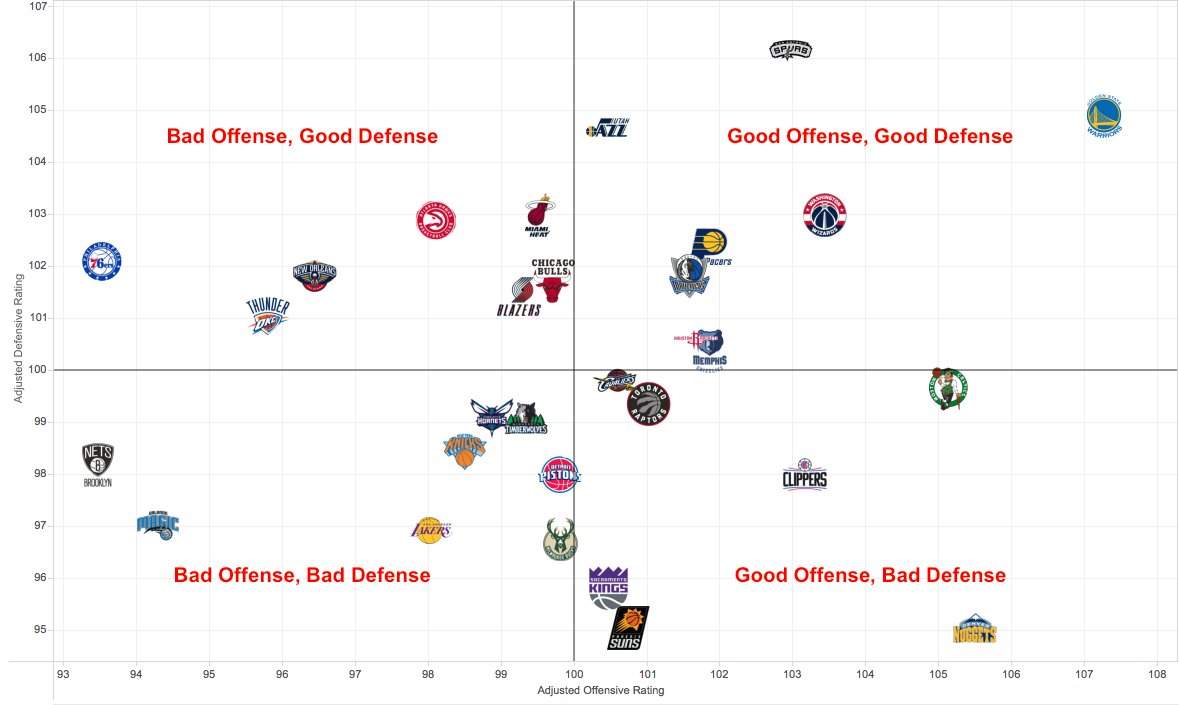 While the aesthetics of the display may be bland, presenting it this way is incredibly powerful and allows a Twitter user to be able to make the quick assessments that are typically favored on a social media platform. They are on the site to get quick bursts of information and this type of data platform allows a single tweet to streamline a lot of information at an incredibly rapid rate. Seeing how various teams positions differ can be done with great ease, allowing a user to identify where there team stands and how they might need to improve relative to the rest of the league and the teams that, by popular opinion, are considered elite.

It’s very unclear how effective a model that tries to boil down performance into two numbers can be useful and effective. However, the ability of NBA Math to send out bursts of tweets in this variety can capture the attention of Twitter users easily allowing them to show off this model and try and convey the information they’re gathering about the league.